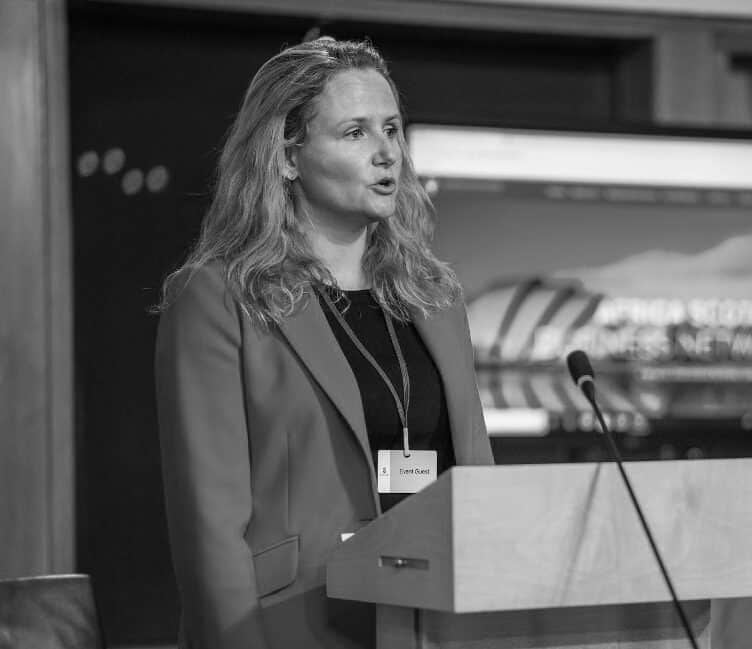 Stephanie is the network’s non-executive director. She’s an English law qualified solicitor with over 15 years’ experience advising clients on the structuring, negotiation and delivery of construction, infrastructure and technology deals in Europe, the Middle East and Africa.

Stephanie was born and educated in Scotland and like Claire, she also swam for her country. Grateful for the discipline and ambition the sport engrained in them, here in Africa, they draw the line at racing great white sharks.

Stephanie studied Law at the University of Glasgow before moving to London to pursue her career. She practised in the infrastructure teams at Berwin Leighton Paisner and Lovells before joining Nabarro (now CMS) where she was a Partner in the Infrastructure, Construction and Energy team and head of the firm’s Africa desk. She relocated to South Africa in 2015, although maintains a base in London, and now consults for a range of clients, including Bowmans in South Africa and Gunnercooke in the UK.

Stephanie also commits a proportion of her time to training and capacity building. In partnership with the University of Queensland (Australia), Stephanie has provided various training courses over the last 6 years for “rising stars” of public and private sector organisations across Africa. This has included capacity building on legal, commercial and procurement issues relating to infrastructure projects and PPPs, as well as negotiation skills training.